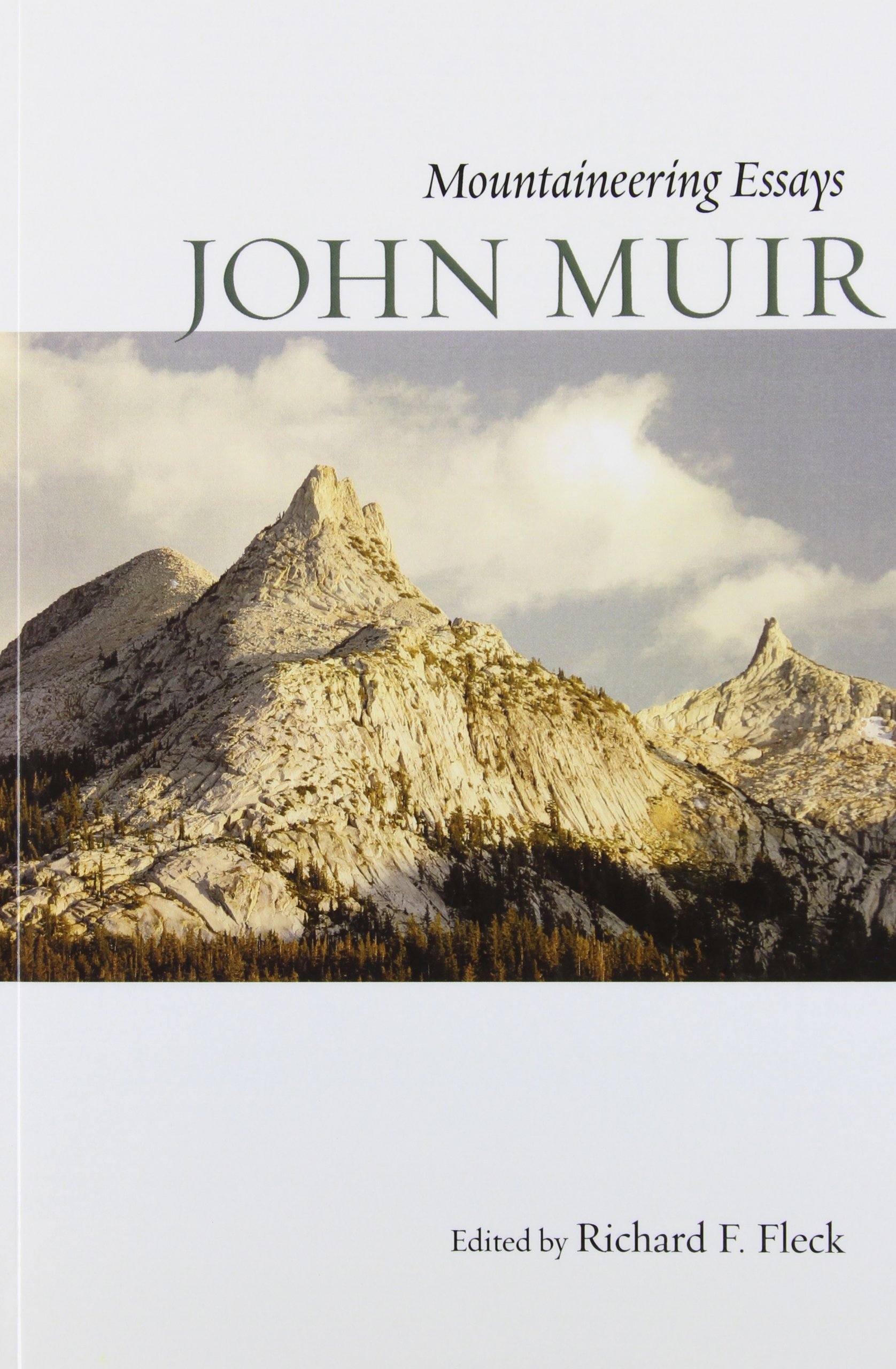 One of the world’s foremost writers of the mountaineering essay—his writings are finely wrought expressions of the transcendental joy he found in the mountains—John Muir also founded the Sierra Club in 1892 as a way of supporting his belief that Americans must preserve national parks throughout the country in order that future generations might be spiritually inspired. Characterized by an iron endurance and an insatiable curiosity, Muir vowed to spend his days studying God’s unwritten Bible—nature—or what he termed the “University of the Wilderness.” Muir early on learned to keep a journal in the manner of Emerson, but he is also considered one of America’s pioneer glaciologists, an interest he gained while wandering in Yosemite and the Sierra Nevada mountains. Whether frozen in a subzero blizzard on Mount Shasta, seemingly doomed on the unforgiving slopes of Mount Ritter, or exhilarated by the ice-shapes viewed from the summit of Mount Rainier, Muir reveled in the mountain experience.

This volume contains eleven mountain essays that include both adventurous narrative, joyful exultation, and descriptions of natural features such as alpine soil beds, ancient glaciers and living glaciers, and mountain sculpture. In each, Muir maintains a careful and subtle balance between the physical aspects of ascending and the more symbolic observations of the sublimity of his surroundings. Mountains are for him a source of discovery that provide an affirmation of the human spirit.

The Yosemite
Scroll to top