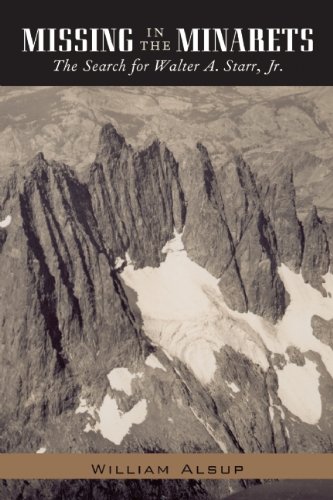 This riveting narrative details the mysterious disappearance of Peter Starr, a San Francisco attorney from a prominent family, who set off to climb alone in the rugged Minaret region of the Sierra Nevada in July 1933. Rigorous and thorough searches by some of the best climbers in the history of the range failed to locate him despite a number of promising clues. When all hope seemed gone and the last search party had left the Minarets, mountaineering legend Norman Clyde refused to give up. Climbing alone, he persevered in the face of failure, resolved that he would learn the fate of the lost man. Clyde’s discovery and the events that followed make for compelling reading. Recently reissued with a new afterword, this re-creation of a famous episode in the annals of the Sierra Nevada is mountaineering literature at its best.

One Hundred years in Yosemite
Scroll to top