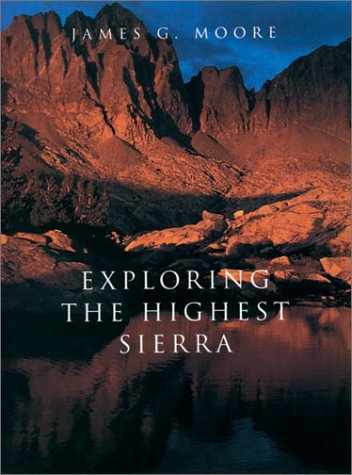 Written for the general reader with an interest in geology, natural history, and the early explorations of the highest part of California s Sierra Nevada range, this book is also an indispensable guide for visitors to Sequoia and Kings Canyon National Parks and adjacent areas. Maps, photographs, and geologic guides help visitors understand the formation of the awesome natural features before them. The region was one of the last parts of the United States to be explored, and it was only during the Civil War that the first scientific party attempted a reconnaissance map of the region. They discovered, in the process, that it included the highest mountain then in the United States, Mount Whitney. The book describes the arduous travels of the early explorers, including John C. Fremont and John Muir, and weaves the history of exploration together with modern geologic concepts to show the early naturalists contributions to geologic thought. Throughout, all terms that may be unfamiliar to non-geologists are simply and succinctly defined, and the book is richly punctuated with anecdotes, tales, myths, and biographical sketches of colorful characters associated with the region.

John Muir in His Own Words: A Book of Quotations
Scroll to top