Topics covering photography and videography of the flora, fauna and landscape of the Sierra Nevada mountains. Show off your talent. Post your photos and videos here!
Post Reply
68 posts

The Milky Way Over The Sierra Thread

After running across the beautiful Milky Way photography of Michael Shainblum and after spending so much time in the Sierra, while simultaneously getting more and more into photography, I decided to add Milky Way photography to the list of things I like to do in the Sierra. Last year was the first summer I tried this out and it was a blast. Well, it's fun if you can manage to not mind cold sleepless nights! (easier said than done at times)

At first, I thought this was going to be a unique endeavor, but I have since found out I am far from the first person to think of this! So, I thought I would start a thread where folks can post Milky Way photos over the Sierra.

Or, if folks can suggest great spots for Milky Way photography in the Sierra, that would be great too. Typically Southern facing views, slightly to the East or West of South, are best. A lake with a mountain backdrop to the South can be nice.

At the very least, maybe it will inspire/encourage others to try this out too! I don't think I will do as much this year, but definitely plan a few. One area I would like to hit up again is 1000 Island Lake. The Milky Way lines up nicely over the lake and Banner Peak. I tired last year, but ended up getting the stomach flu and having to hike back out in the dark feeling rather sick!

Here are a few I took last summer:

Softly Fading Dream. This one was a fun adventure one for my wife and I. We awoke at Long Lake at 1AM to hike up to Ruwua Lake for photos. It was a moonless night with snow covering much of the trail, leaving us occasionally going around in circles looking for it. Turned out the best photo was near this "puddle" just beneath Ruwau Lake. Taken just after 4AM, the bluish hue is from the coming dawn, which was still invisible to the naked eye.

Krypton. The greenish glow is caused by "air glow", a natural atmospheric phenomenon that is very hard, if not impossible, to predict. However, it seems to be somewhat common. Long Lake with Mt Goode in the background

Midnight Vision. A magical moment in Sabrina Basin, just below the outlet of Moonlight Lake.

Illumination. This one was taken at Lower Lamarck Lake, with a sliver of moon still above the horizon providing the perfect amount of "illumination" on the foreground enabling a single shot.

Epiphany. Need to clear your head? The Sierra can be a great place for bright ideas. Also Lower Lamarck Lake

Re: The Milly Way Over The Sierra Thread

Beautiful!!
"On this proud and beautiful mountain we have lived hours of fraternal, warm and exalting nobility. Here for a few days we have ceased to be slaves and have really been men. It is hard to return to servitude."
-- Lionel Terray
Top

That is exactly why I upgraded my camera body. Needed better ISO performance.
“Posterity! You will never know, how much it cost the present generation, to preserve your Freedom! I hope you will make a good use of it. If you do not, I shall repent in Heaven, that I ever took half the pains to preserve it.”

Nice -
Been around our Sierra some - Whitney to Clouds Rest to Tallac - but the brightest/my favorite Milky Way viewing destination, best ever encountered has always been backside Saddlebag - 11,000 feet - nights of no moon.
Humbled and haunted by the intensity of the purples and yellows rising over Conness...still gives me chills.
Relatively easy to get to too.
Mark
Mountainman who swims with trout
Top 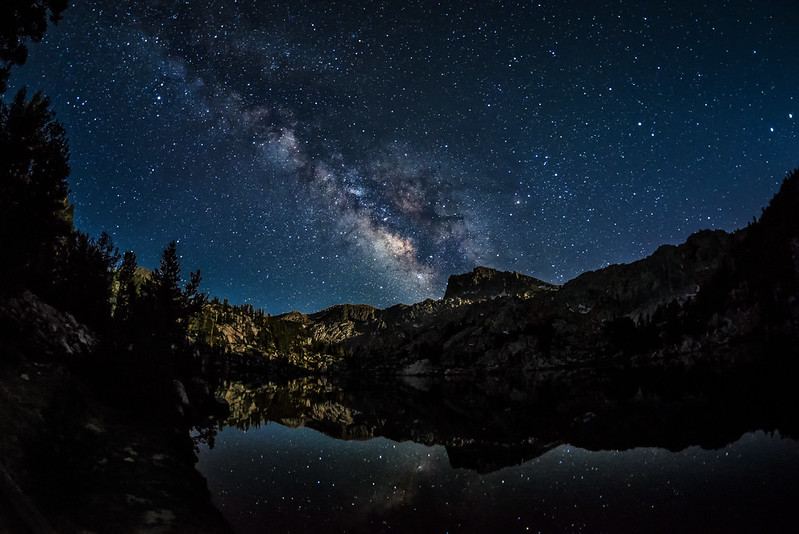 Nothing too special here. These sorts of things need something more to make it interesting and getting something to work is very hard which is why I don't take too many standard star photos. I try more for star trails when I can. 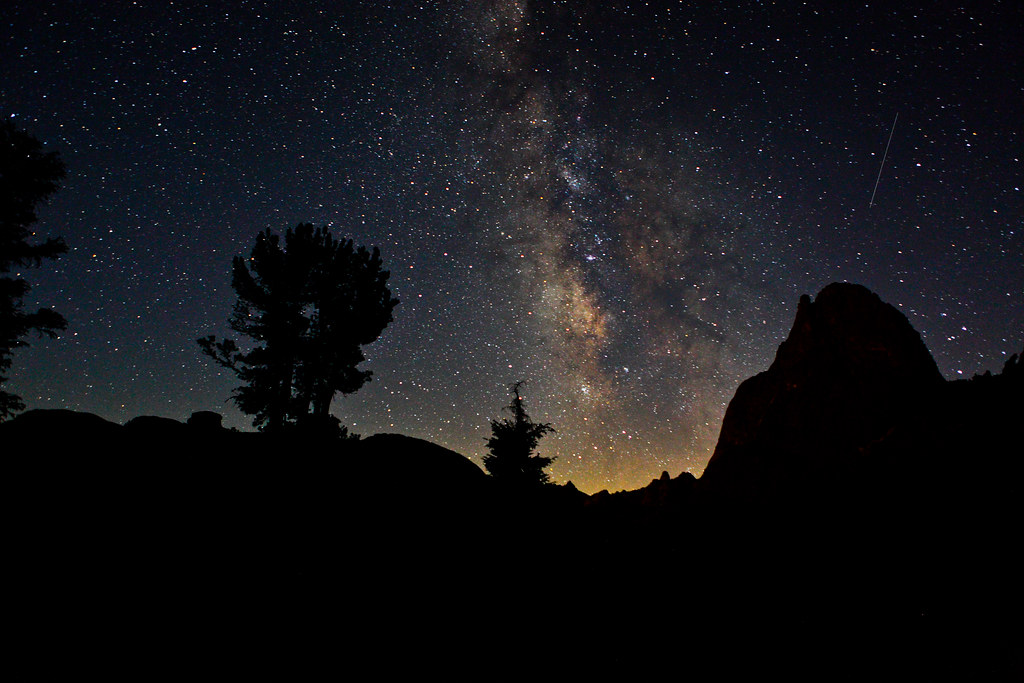 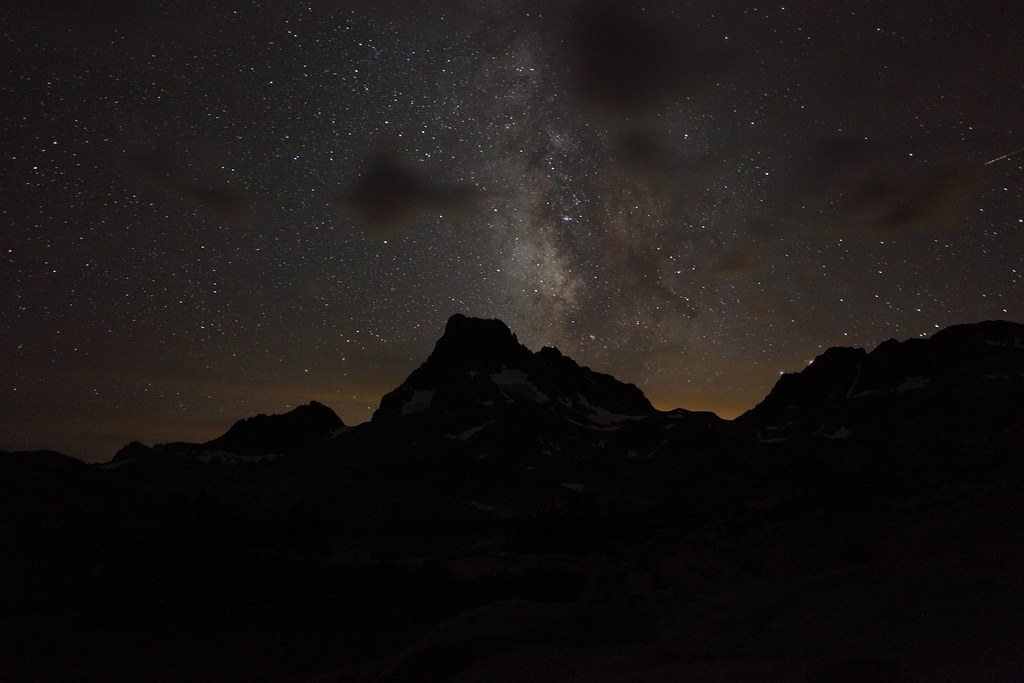 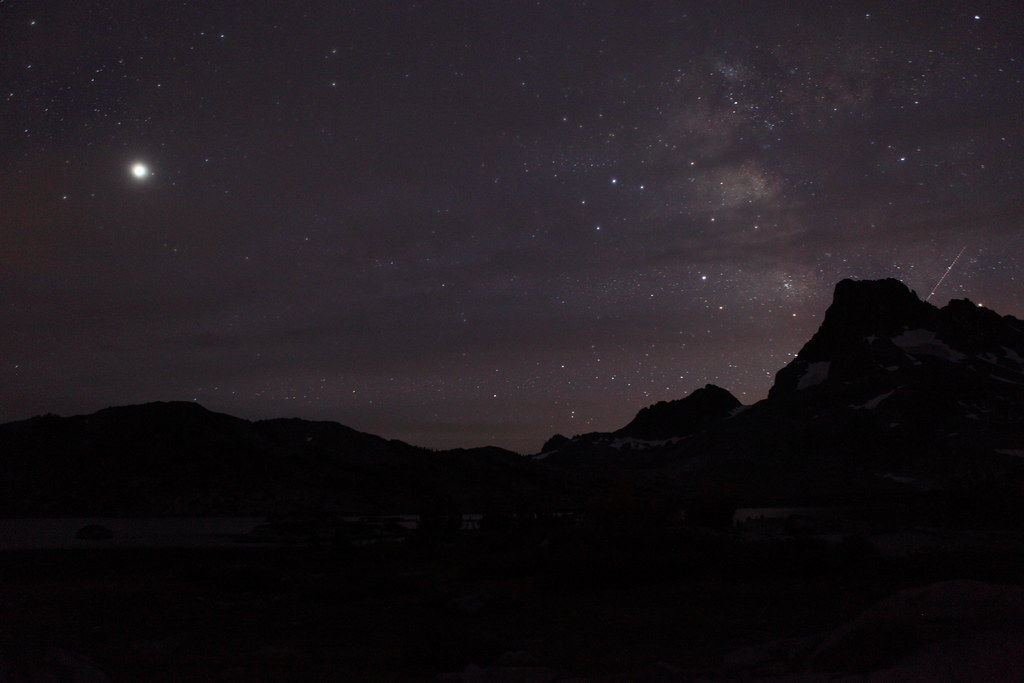 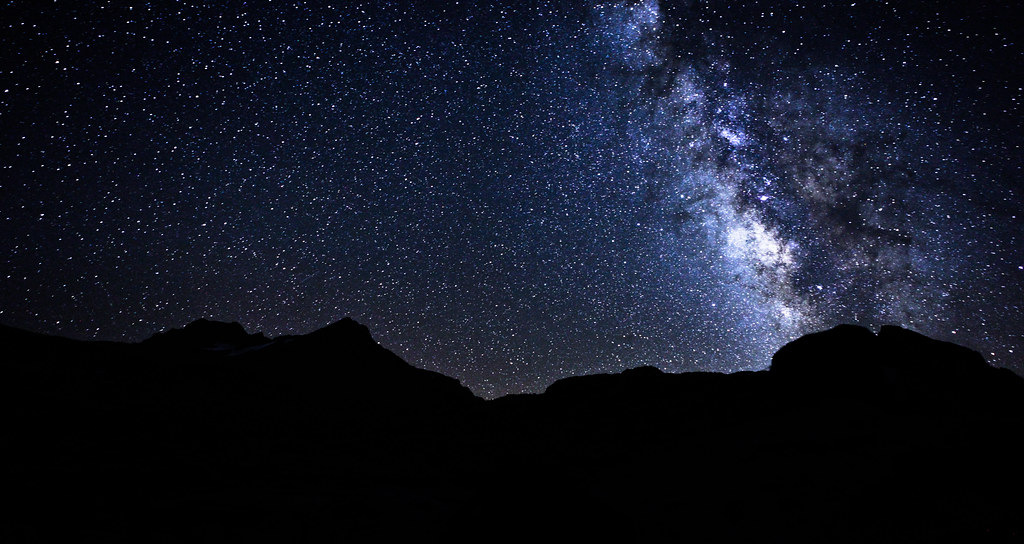 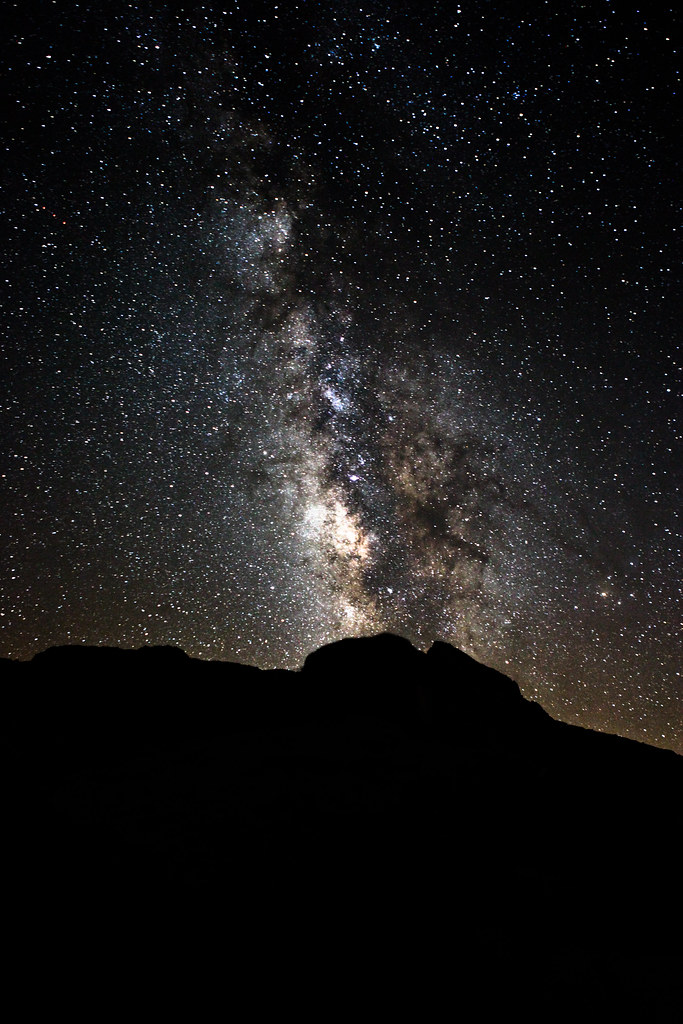 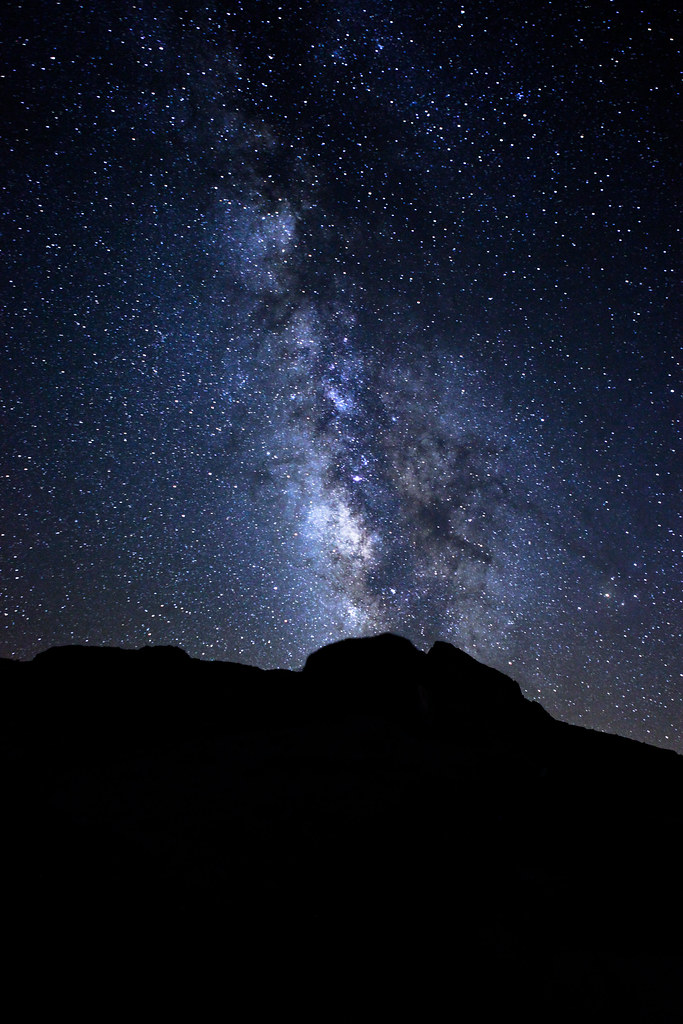 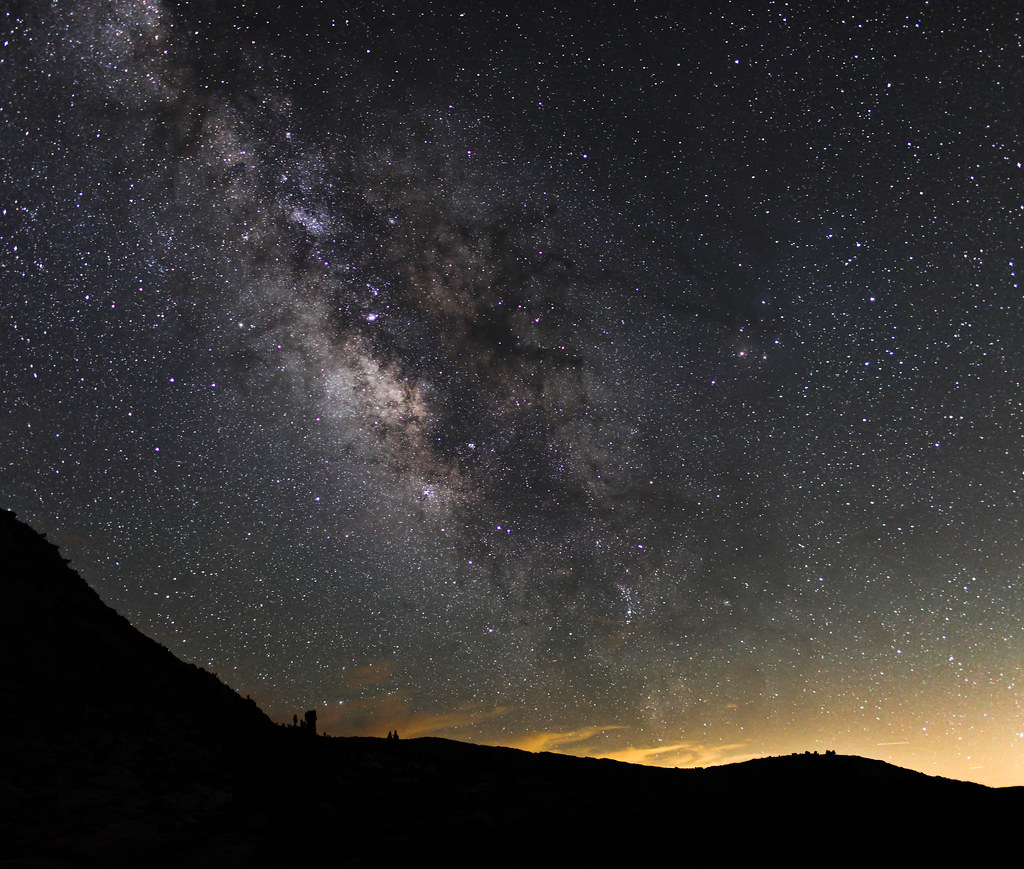 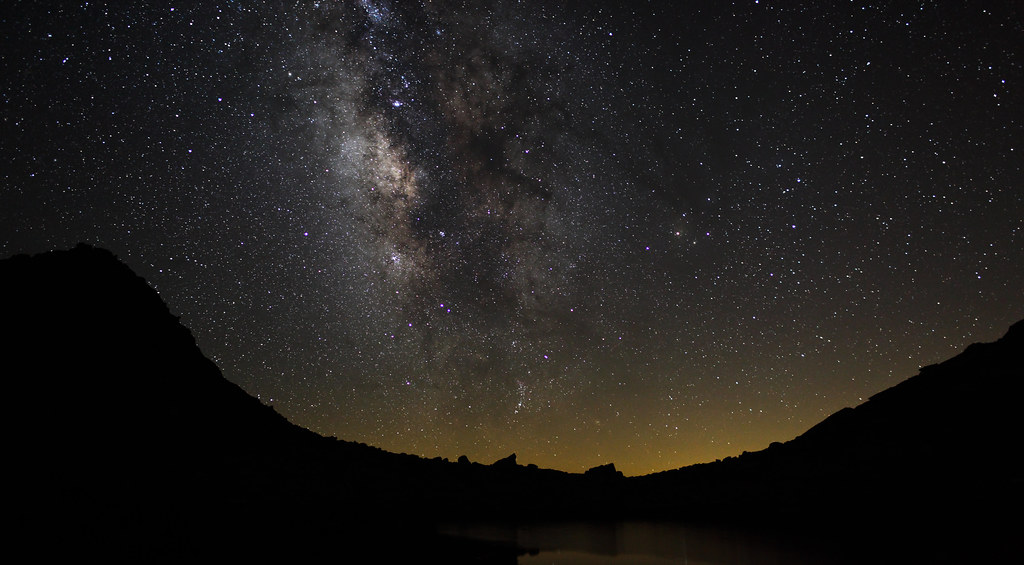 Rogue, I think I see Banner Peak in a couple of those!! Such a great spot for night sky photography. I gotta get back there this year to try again.

Fishmonger, I'm not familiar with that lake, but sure looks like a nice spot for the Milky Way. Nice shot. Did you use a fisheye lens on that one? That's something I've been looking into, but just can't justify the purchase right now.

I think you all should share a bit of the details, you know, exposure settings, single shot or multi-shot, etc. Anything that would be helpful on capture. I've tried to keep single exposures under or at 25 seconds. The ISO handling of my 40D was disappointing even after post high ISO noise reduction, so I upgraded to a 60D body.

Mav, those are some nice tutorials on a prior related thread.
“Posterity! You will never know, how much it cost the present generation, to preserve your Freedom! I hope you will make a good use of it. If you do not, I shall repent in Heaven, that I ever took half the pains to preserve it.”

I can't remember the exact details on each of those without looking them up at home, but I think I can get pretty close now with what I generally do.

All of the ones I posted were taken with a Sigma f/1.8 20 mm wide angle prime lens. However, funny stuff happens at the corners/edges at f/1.8, so all my night sky shots are taken at f/2.8

Illumination is the only single shot composite, made possible by that crescent moon in the background lighting things up nicely. Like Jim, I try to shoot at 25 secs max, which is what this image is at ISO 4000.

The other photos are a composite of two separate photos - one for the background and one for the foreground. Again, backgrounds are usually 20-25 secs at ISO 4000-5000. (Occasionally, I will go shorter on time and even higher on ISO, but not in any of these photos here) Foregrounds are usually somewhere between 1-3 minutes with a maximum ISO of 3200.
Sierra Nevada, Mojave Desert, Night Sky Photography: http://www.evanthomasphoto.com/
Top

Very cool. Thank you Evan.
“Posterity! You will never know, how much it cost the present generation, to preserve your Freedom! I hope you will make a good use of it. If you do not, I shall repent in Heaven, that I ever took half the pains to preserve it.”