If you've been searching for the best source of information and stimulating discussion related to Spring/Summer/Fall backpacking, hiking and camping in the Sierra Nevada...look no further!
Post Reply
4 posts • Page 1 of 1

This is my first post here are HST. However I have gained a great deal of info over the years from this site so thought I'd share a recent trip.

My brother and I (both fairly new to backpacking - but not to hiking in general) went on a 4-night trip to the Ansel Adams Wilderness on 6/30-7/4.
Never having been to this area of the backcountry we made sure to study past trip reports from all over the internet (there are plenty to get ideas from). We decided on making a loop trip starting from Agnew Meadows via the High Trail (PCT) first going to 1000 Island Lake for night one, then to Garnet Lake for night two, then onto Shadow Creek, just shy of Lake Ediza, for the following two nights (dayhiking the area around Shadow Creek). Kind of wish we would have taken the layover day at 1000 Island after the first night instead of at the end of the trip but still had a great time in such a beautiful area.

The mosquitoes were pretty bad throughout the week leaving both of us with multiple bites but were not bad enough for either of us to use the Deet we brought along. The headnets definitely came in handy while sitting around camp though. The (record?) high temps were also a factor especially the first couple days. Along the high trail especially - quite a few dry creeks on the way to 1000 Island and many with very little water.

We hoped to to a few extra side trips but that first day wore us out a bit more than we expected. We were hoping to go up North Glacier Pass and check out Lake Catherine on day two but decided to just take it slow and head on over to Garnet Lake. We also hoped to make it to either Cabin and/or Nydiver Lakes from Shadow Creek but neither of us felt up to it so we just soaked it all in and left something for us to check out next time we go the area. Spent some time fishing in all of the lakes (except Garnet as it was too windy to get out a good cast).

And eventhough it was a holiday week, we only saw three total people once we set up camp at 1000 Island on day one until we packed up camp on day three at Garnet. Ohh how I love to stay off trail as much as possible. But even on trail only saw a handful of people, even along the JMT. We did see several people on our way out Friday especially as we neared the trailhead - many dayhikers and backpacking groups.


Here are some photos of the trip (link below to many more pics):

Lots of wildflowers all along the High Trail 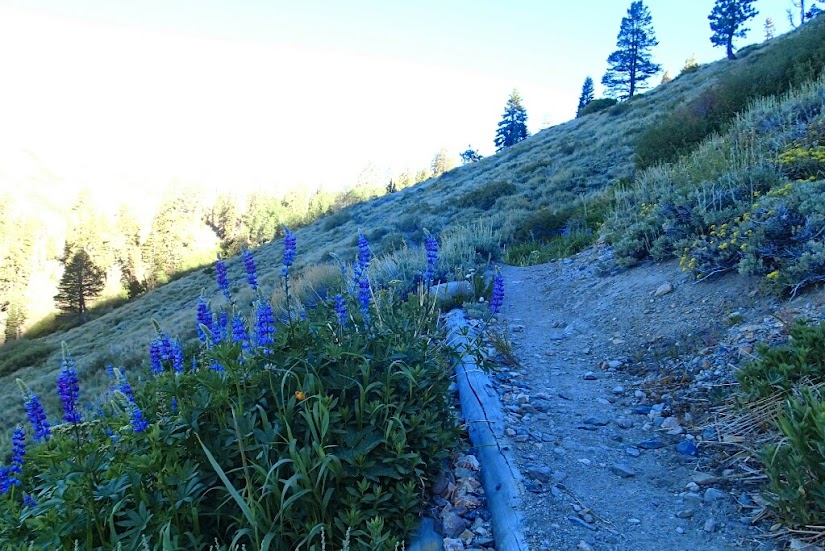 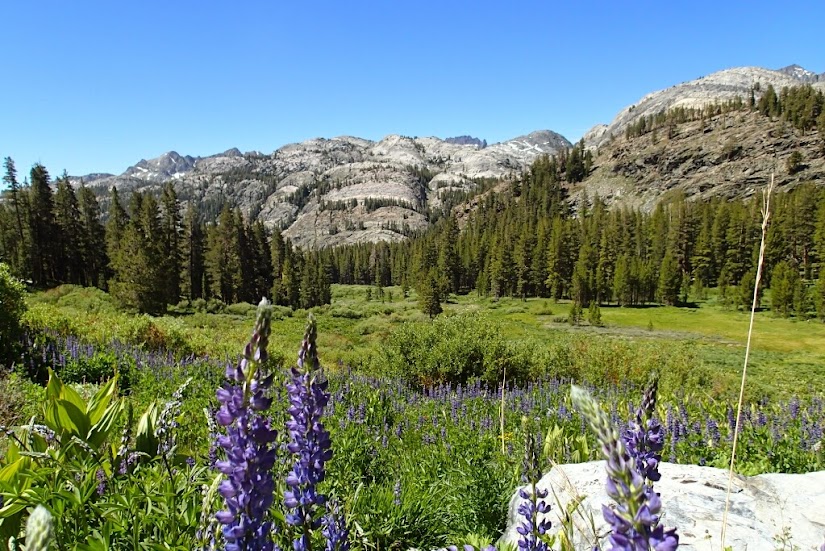 Views along the High Trail 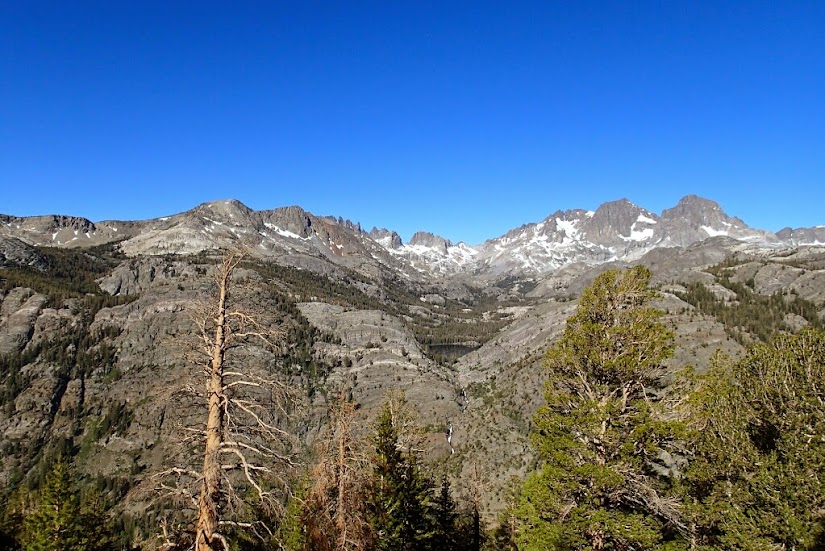 Decent flow at the outlet of 1000 Island 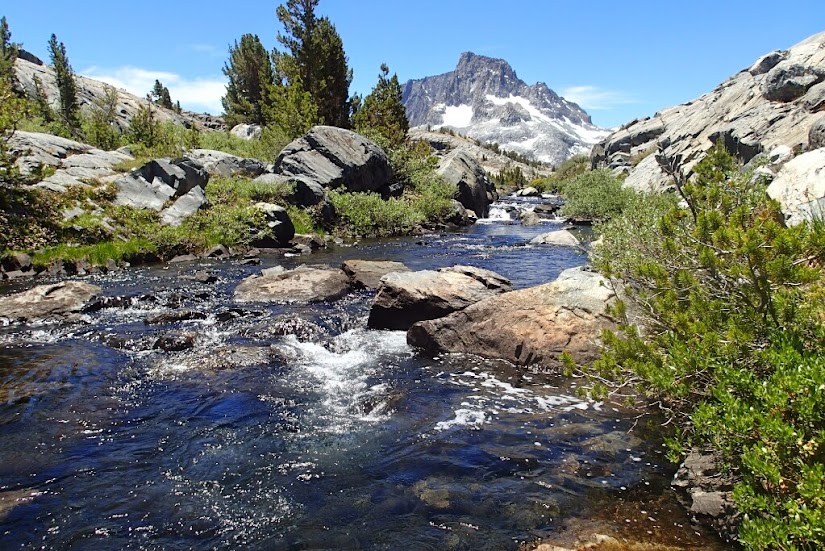 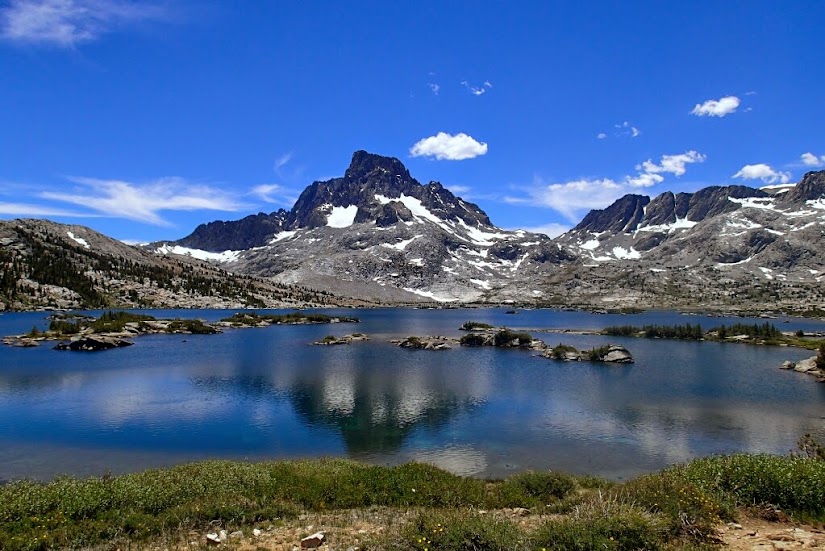 Time to set up camp 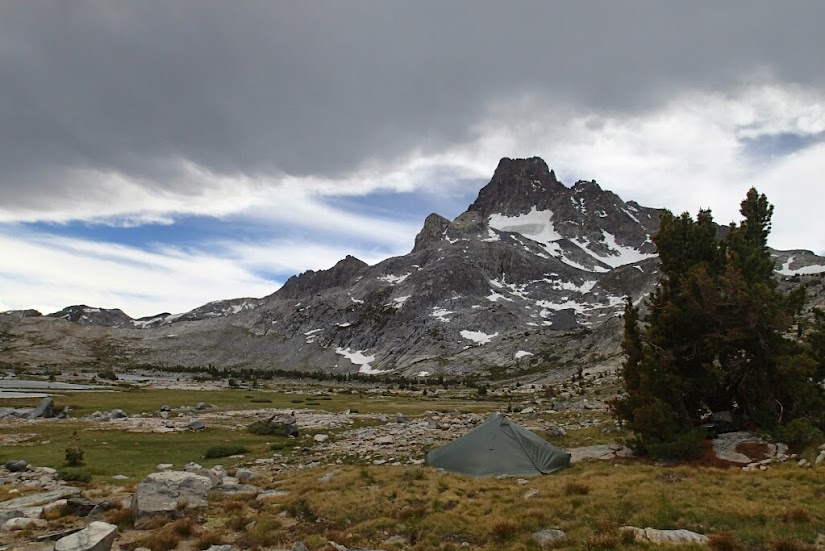 Thankfully that didn't last too long - did get hailed on though 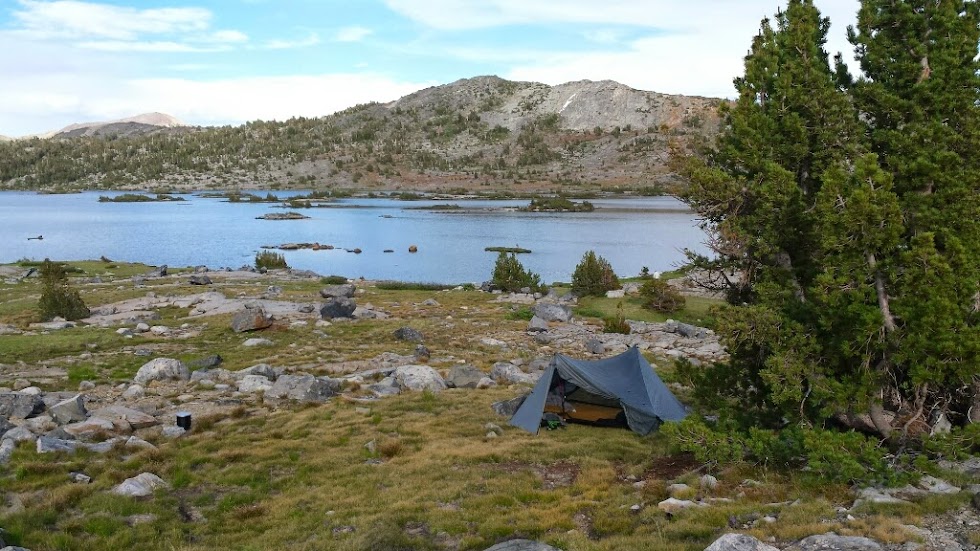 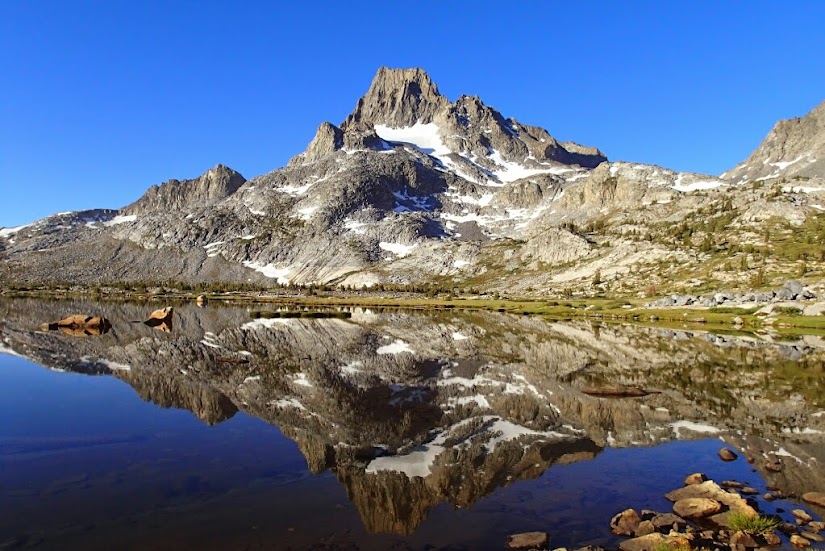 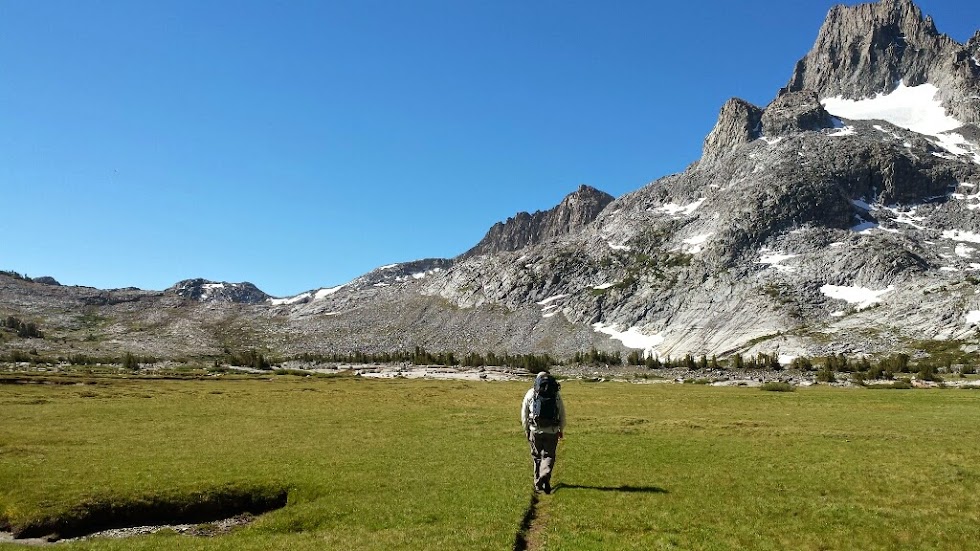 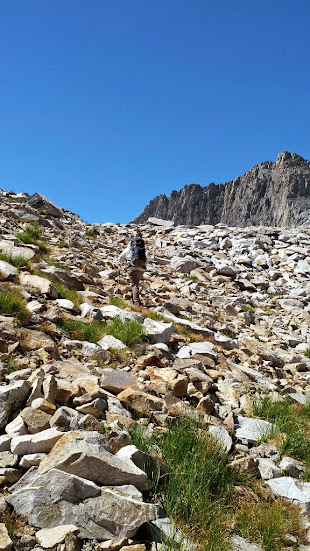 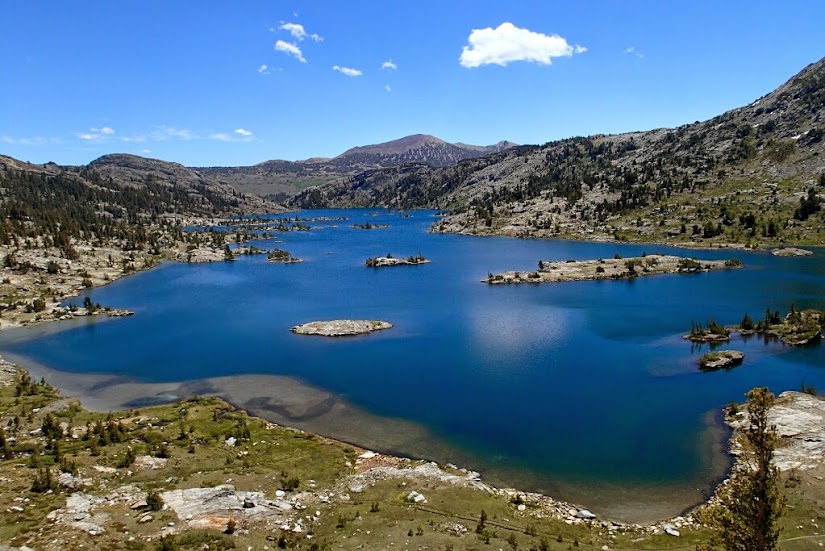 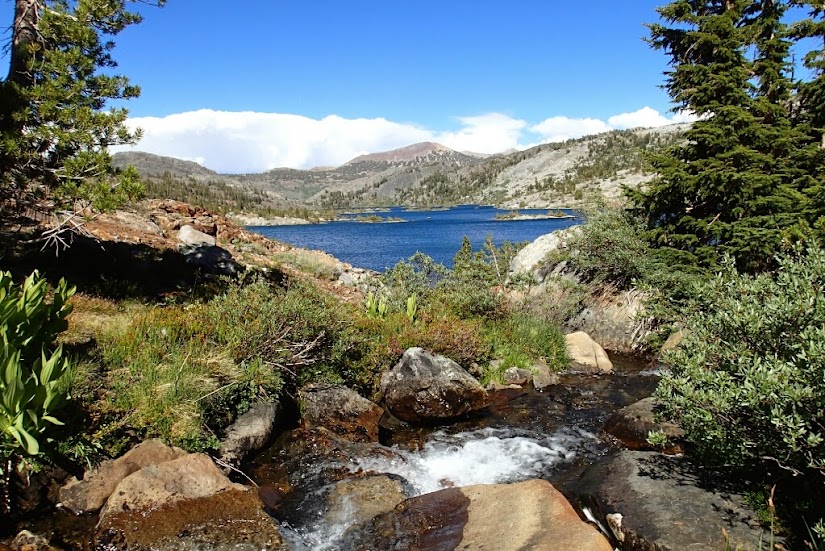 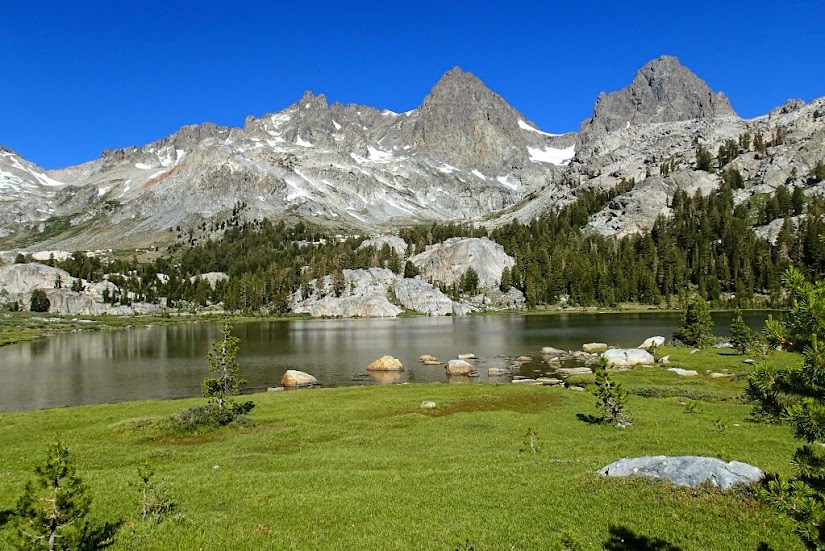 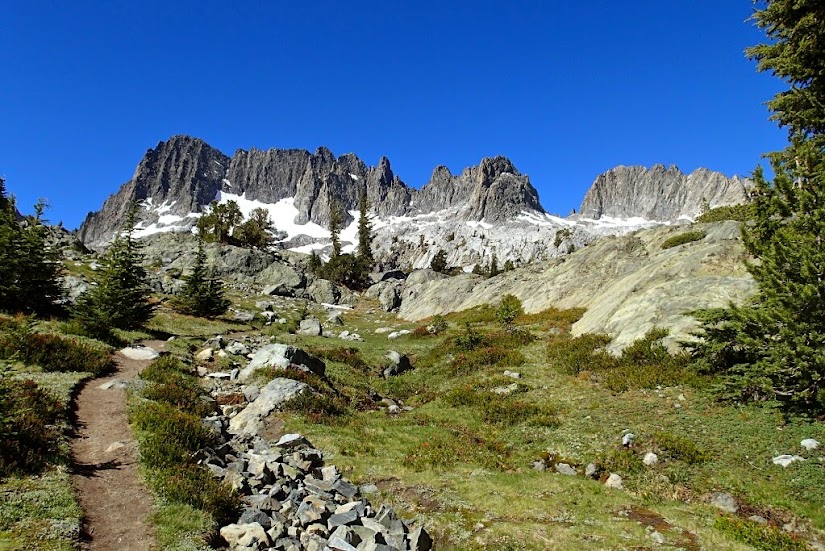 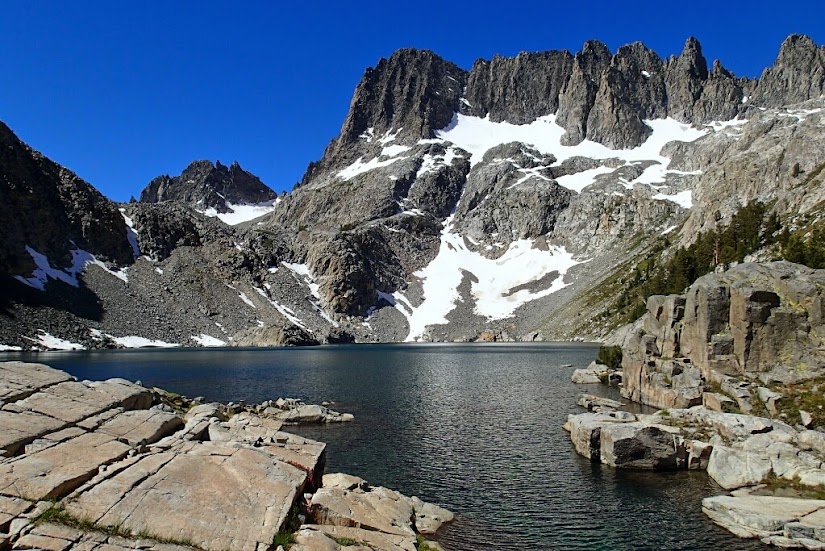 Fishing at Ediza (caught a couple) 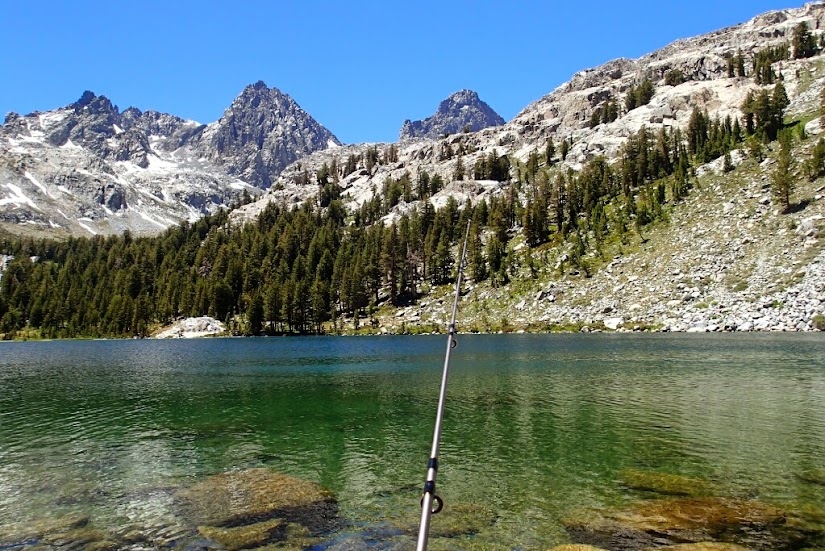 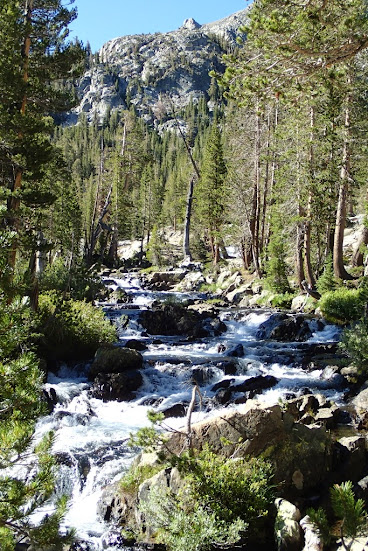 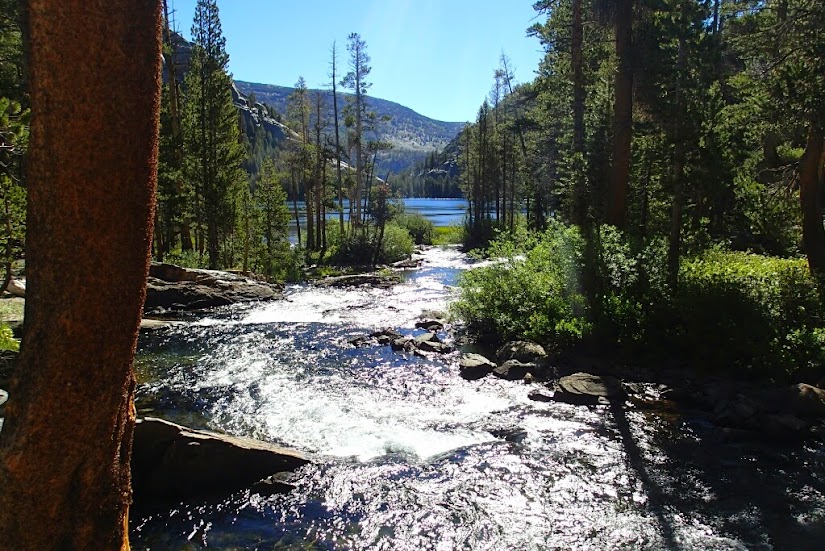 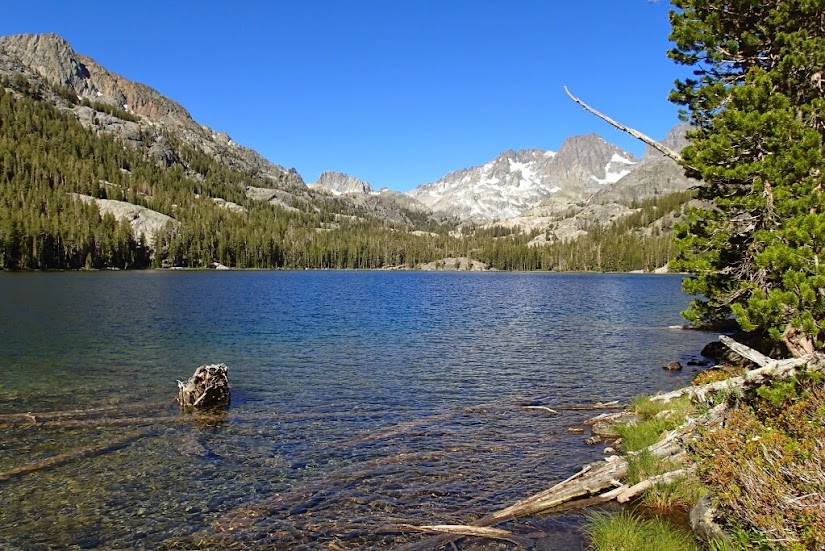 Where those nibble marks on your cups? looked like some rodent teeth.

Thanks for sharing.
Top

ucangler wrote:Where those nibble marks on your cups? looked like some rodent teeth.

Yes. My guess is a chipmunk got to them.
Top

Welcome to HST! Beautiful TR with great pictures for a first post. Don't fret about
not getting everywhere you would have liked to, it gives you an excuse to go back.

Good to see the wildflowers are out on the High Trail, was the meadow on the left
side of the trail in that area full of Lupine, Tiger Lillies, and Indian Paintbrush, or
were they in just large pockets along the trail?
Professional Sierra Landscape Photographer

Users browsing this forum: No registered users and 8 guests