A forum that'll feed your need for exploring the limitless adventure possibilities found in "other" places. Post trip reports or ask questions about outdoor adventures beyond the Sierra Nevada here.
Post Reply
144 posts

Wow. This is an amazing panorama. I didn't know about this place. After looking at it, I feel so...inspired!

I went back to that island 7 times. Best "remote" mountain hiking in Europe. Stable "Sierra climate" in summer, few roads to cross (4 over 100+ miles of trail, which is quite remote for European standards). Up in these mountains there isn't much of the type of development you find in the Alps. Two ski lifts in all of Corsica a the time, and they were well down in the valleys where the gnarly roads ended ("Island of the 10,000 curves"). Lots of culture in the valley, shepherds still up there on the meadows with their semi-wild pigs and goats making cheese you can buy right at their stone cabins.

The summit I took the panorama from has a small stone/tin roof shelter just 50 feet from the top. You can make out some of the roof on the far right edge of the image.

South is to the left just toward Monte D'Oro, the peak left of the larger lake. We spent the night before on that summit. Northwest is the sunset, obviously, and north is where the tallest peaks of the island stick out of the haze as a dark row of hard to reach summits. East is the ridge on the far right, a route we came up in 1986, a cross country route that had no sign of human travel, nor did it have any water until we hit the lake below Monte Rotondo. that lake, even though south facing, can still be frozen in July. These peaks are above 9000 feet at a latitude similar to Crater Lake in Southern Oregon.
Top

My favourite Corsica image...I'd have to look at a map to remember where it is.

close enough to 9000 to round up.
My stuff on Flickr
Top

As it turns cold and wet in KY, I'm remembering my kayaking trip through the Stockholm Archipelago this past summer. Sweden has amazing sunsets that last forever. 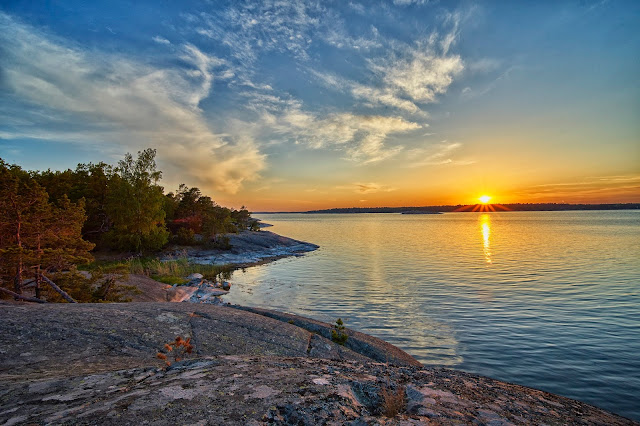 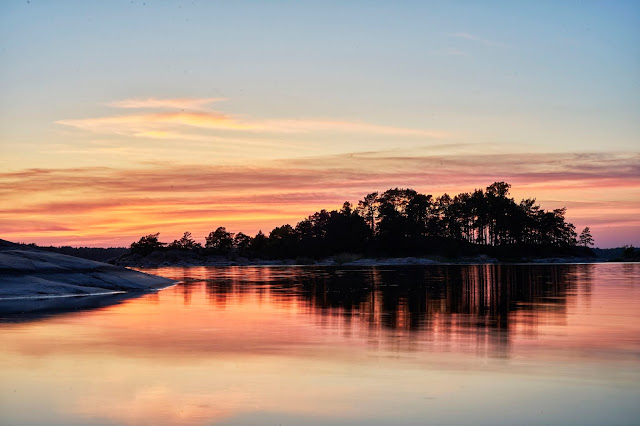 There is a lot more detail on my blog if you are interested (no ads or other money stuff, just photos)
https://backpackandbeer.blogspot.com/20 ... elago.html

Time to bump up this thread!

Those are lovely, Daisy!
Balzaccom

Root Creek Falls with Castle Dome in the background, several hundred miles north of Yosemite. This pic is from a couple of years ago, but I just visited it again with a few friends yesterday in between rain storms.
Root Creek Falls.jpg
You must be registered and logged in to view the files/photos attached to this post.
Top
Post Reply
144 posts