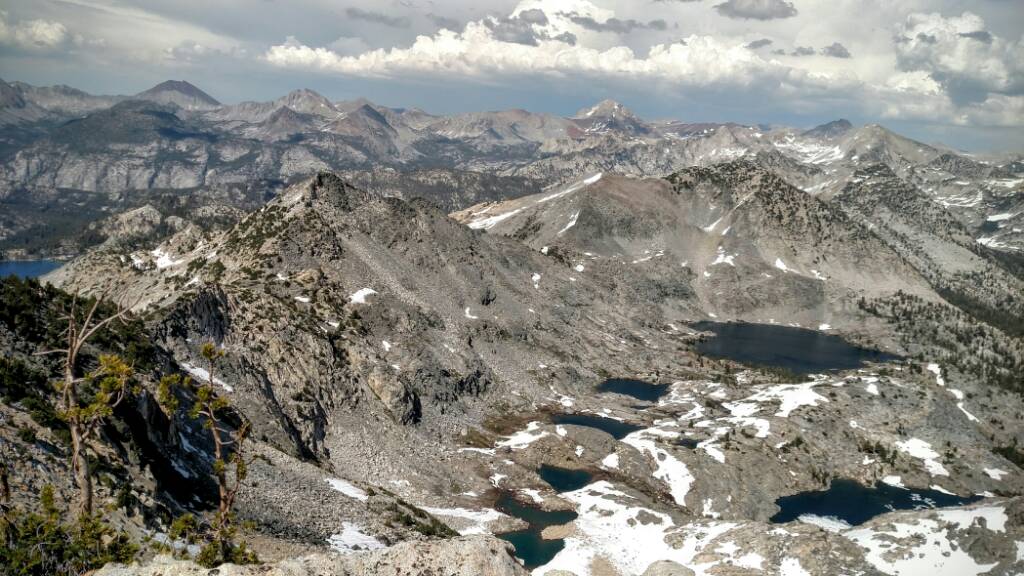 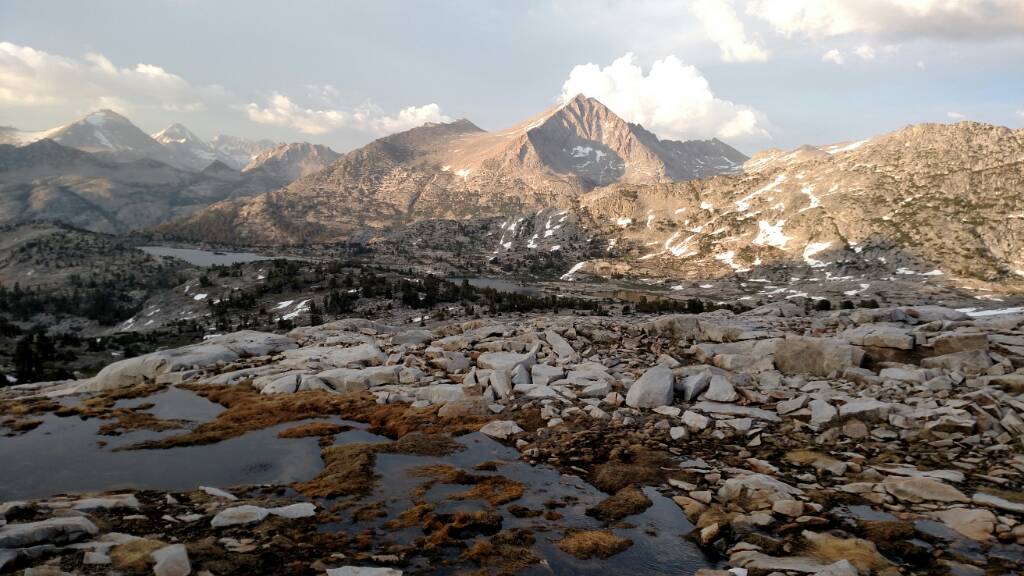 Selden Pass was clear of snow July 4th except one small section on the south side that can be bypassed. Mt. Hooper, Mt. Senger, Turret Peak, Gemini, and Seven Gables all have mostly snow free routes and most snow that is difficult to bypass is firm enough to avoid significant postholing. Ice axe and crampons would be useful if intending to climb steep snow slopes still found above 11,000 feet, but kicking steps while supported by poles was generally possible.


The trail north of Dicks Pass had a lot of snow, some sections were too steep to hike and we had to sled down. Eventually, we lost the trail due to footprints going in different directions. We navigated by GPS and cut across the slope to get back to the trail.

The trail up to Schmidell lake had a lot of snow and looked like it had experienced some avalanches. It was tough to follow and the trail was quite muddy.

Going south from Aloha Lake to Lake of the Woods, there is a short trail spur south of the correct trail junction to LotW. We accidentally followed this, ending up on an unmapped use trail. That wasn't a problem. The problem was that at LotW, there was a tallus slope down to the lake's edge that we had to get past to get back on the real trail. This involved some very dubious rock-hopping and crevasse-squeezing. Alternately, you could wade through the water, but that looked to provide some challenges too.

Solution: Stay on the real trail!

The Second major Rubicon River crossing going south from China Flat is confusing. First there is a "false" crossing that is not the real trail. After the real crossing, a trail appeared to go left, but the real trail goes to the right.
Top

Snow can be easily bypassed over Sphinx Col and up Mt. Brewer. Remaining snow was firm enough to avoid postholing. No snow below Sphinx Col, but plenty of skeeters at all Sphinx Creek Lakes. 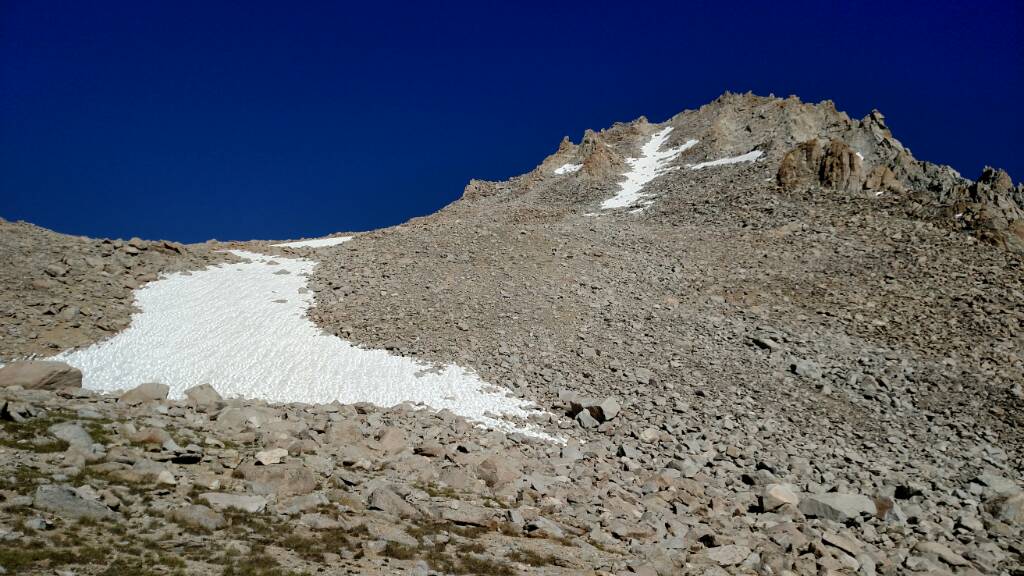 Sept 6-11, Sabrina Basin. Beautiful clear skies. Froze one night at Midnight Lake. Sun is getting lower- mostly in shade by 6:30 PM and no sun until 8AM. Lots of high ridges that cast shadows on many of the lakes. Most grasses yellowed and dry. Cloud build-up on the 10th with a few drops of rain. Today, the 11th, out at noon- lots of spotty downpours (but no lightning) as we drove north, starting Mammoth Lakes and ending at Monitor Pass. The Minarets were totally socked in.

Trails were very dusty (hope the rain helps that). Relatively few people (actually there were 19 permit vacancies when we picked up our permit). Lots of day hikers and trial runners. Fishing was good except the size of the fish were smaller than last year (one month later). Stream and lake levels were extremely low. Most melt-ponds that had water last year this time of year were bone-dry.
Last edited by maverick on Tue Sep 13, 2016 1:56 pm, edited 1 time in total.
Reason: subject matter
Top

Just came out of 5 days up and over Bishop Pass. Easy water is now limited as ephemeral streams have dried, hence this info.

On trail between the South Lake trailhead and Bishop Pass were only 2 spots with water one could fill up on without filtering. Below Long Lake, the trail crosses some streams that one ought filter first. Just below Spearhead Lake outlet are safe seep springs emerging out of the slope just below the trail. About 380 feet below the 12k pass at 11600, the trail when hiking uphill passes by a tall large boulder to the left. This is about 350 feet above Bishop Lake. Listen and one can hear water as the creek is below unseen in the boulders. If one carefully climbs down into boulders in the obvious opening, one can reach the actual water. The flow is too shallow to fill say a water bottle but using a quart Ziploc bag I was able to fill my 32 oz Nalgene bottle with about 4 fill ups. And the water is ice ice cold.

Also all along the trail above South Lake, aspen growing on dry talus slopes are turning yellow with nice groves where the trail crosses ravines at 9950 and 10080 feet.