ROUTE DESCRIPTION: If moving West to East go around the Hockey Lakes on their North shores. This involves allot of talus hoping on the final lake. Take the slabs of rock and cross the talus pile on it's shortest section on the left aiming straight up at the slabs of rocks. Hidden in this area is many grassy ramps of terrain that allow you to bypass allot of nasty talus hoping. hug the rock faces alternating between hidden grass ramps and some talus hoping. The last push to the pass is a cut that also has plenty of grass.

The East side of the pass is a mess of some what steep granite slabs lined with some loose small rock. You just have to zig zag your way through the best you can until it's much easier to either drop into Goddard Canyon or make the easy traverse to Lake Confusion 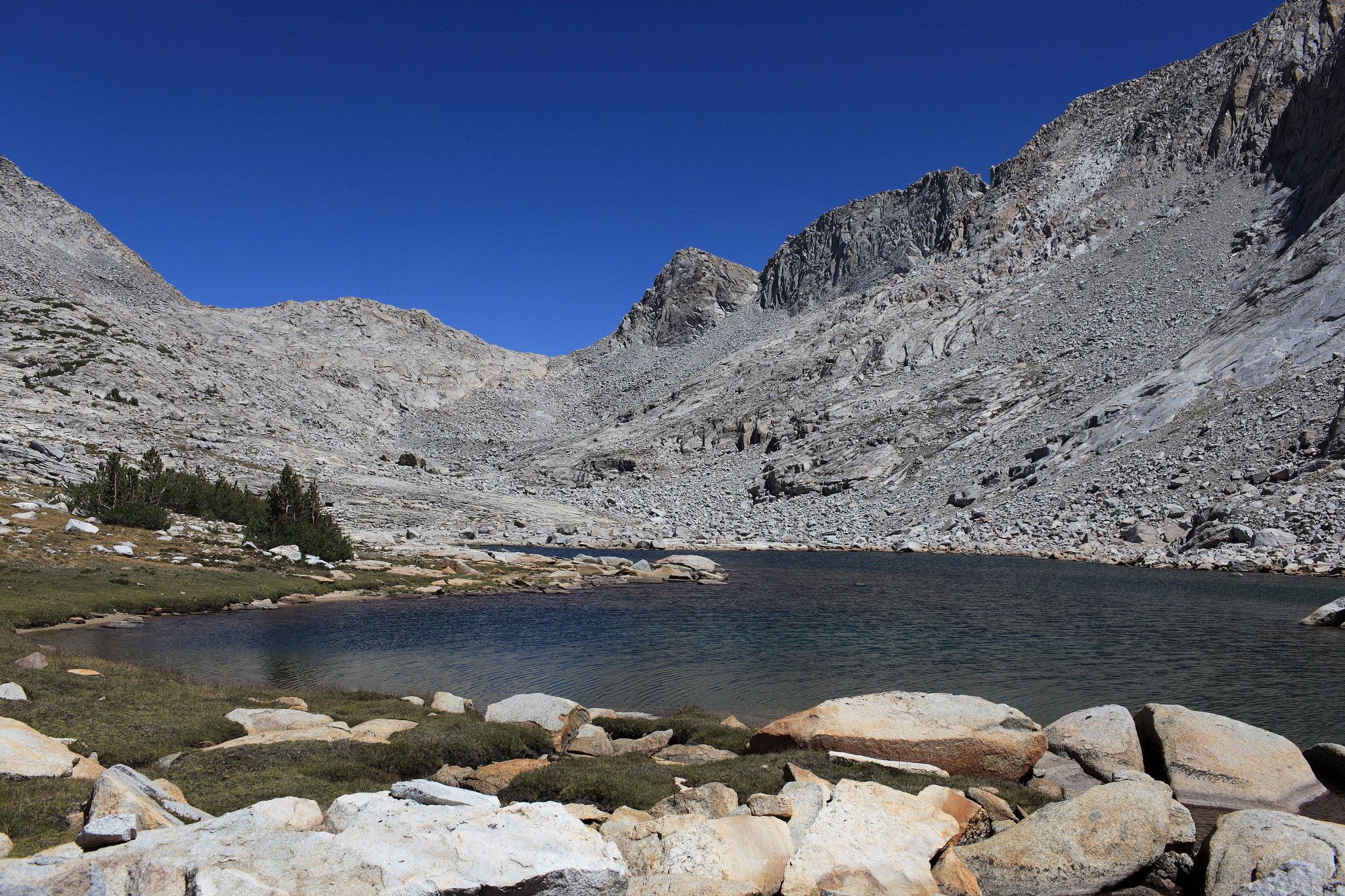 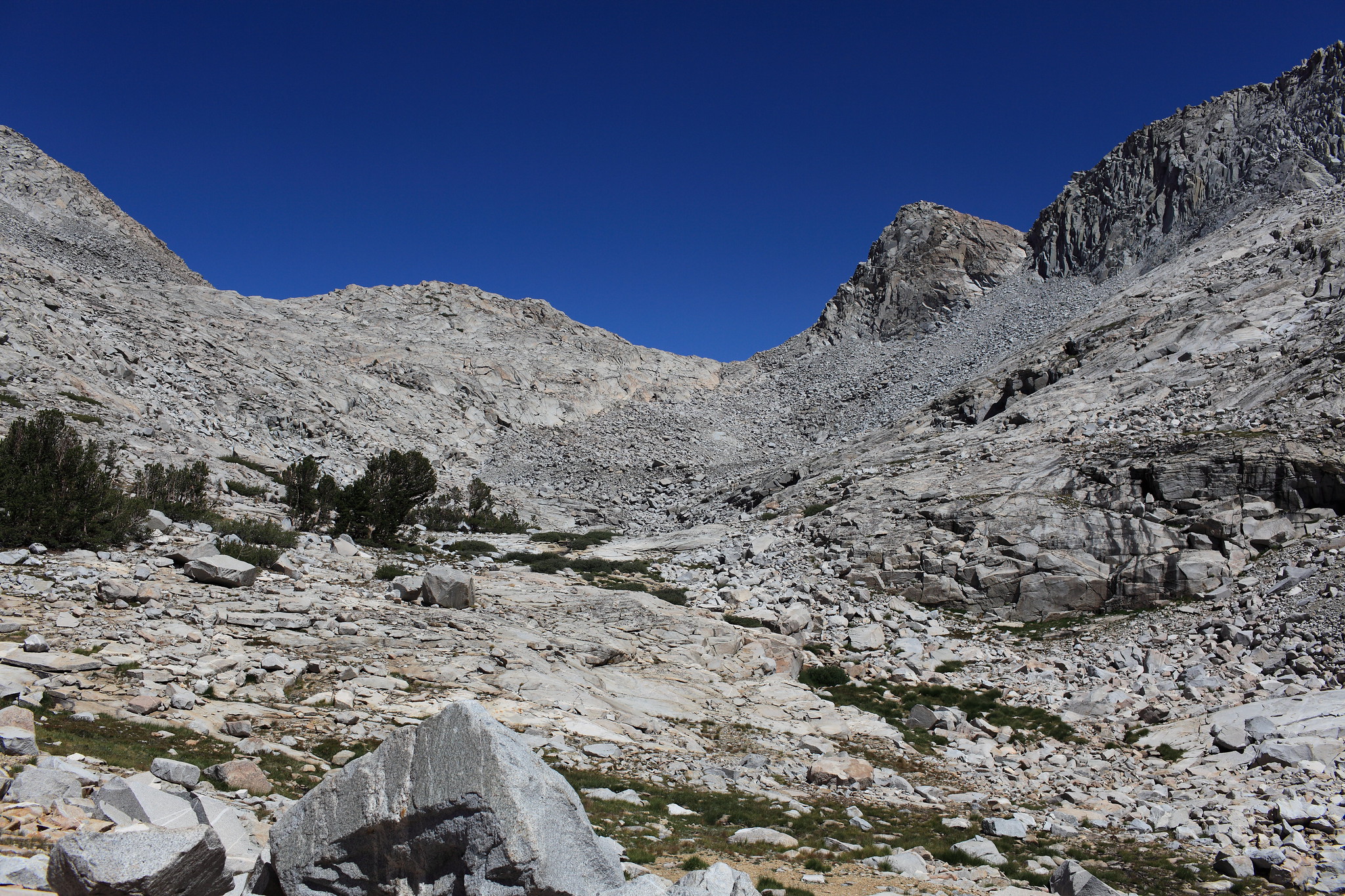 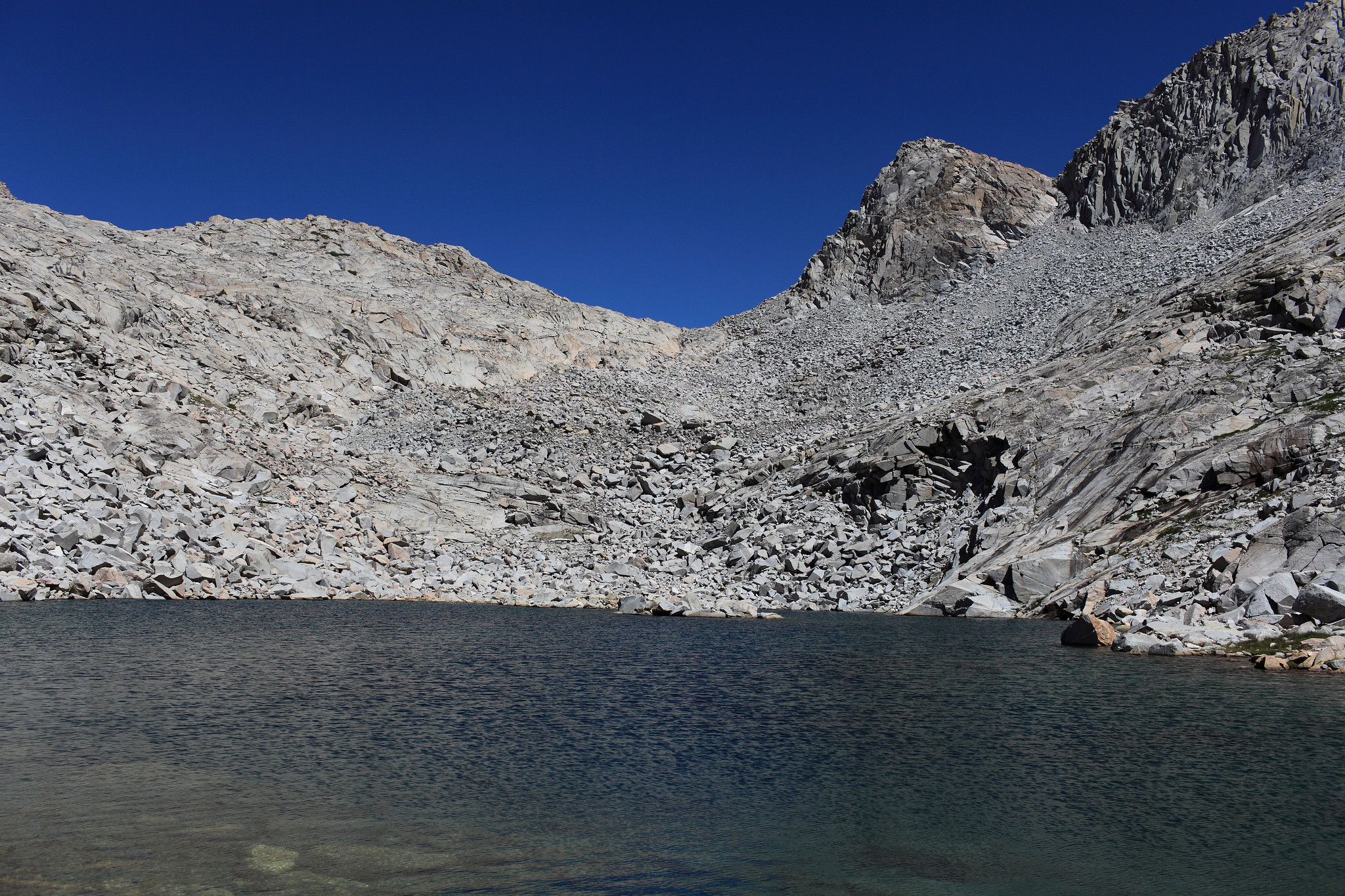 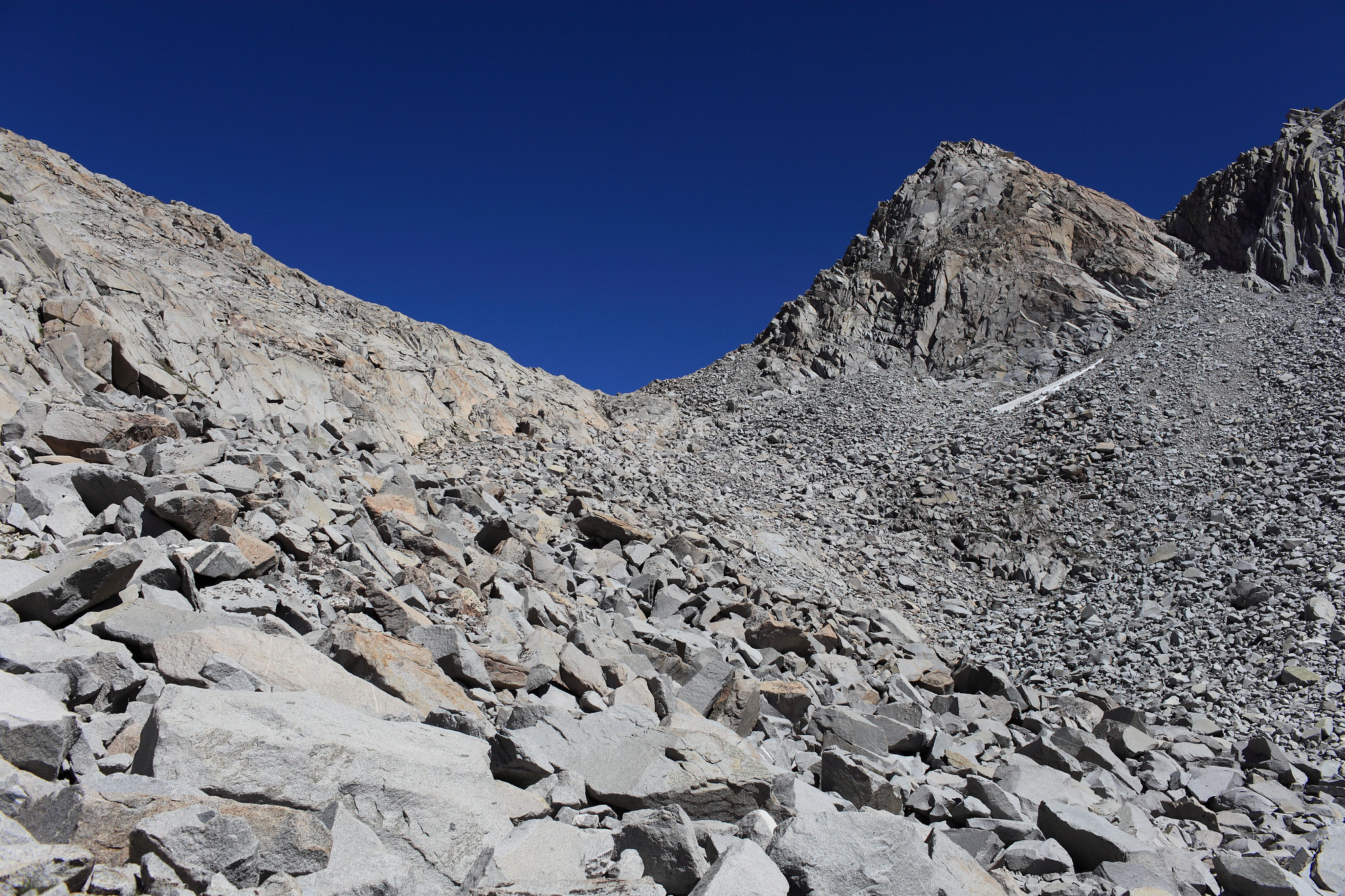 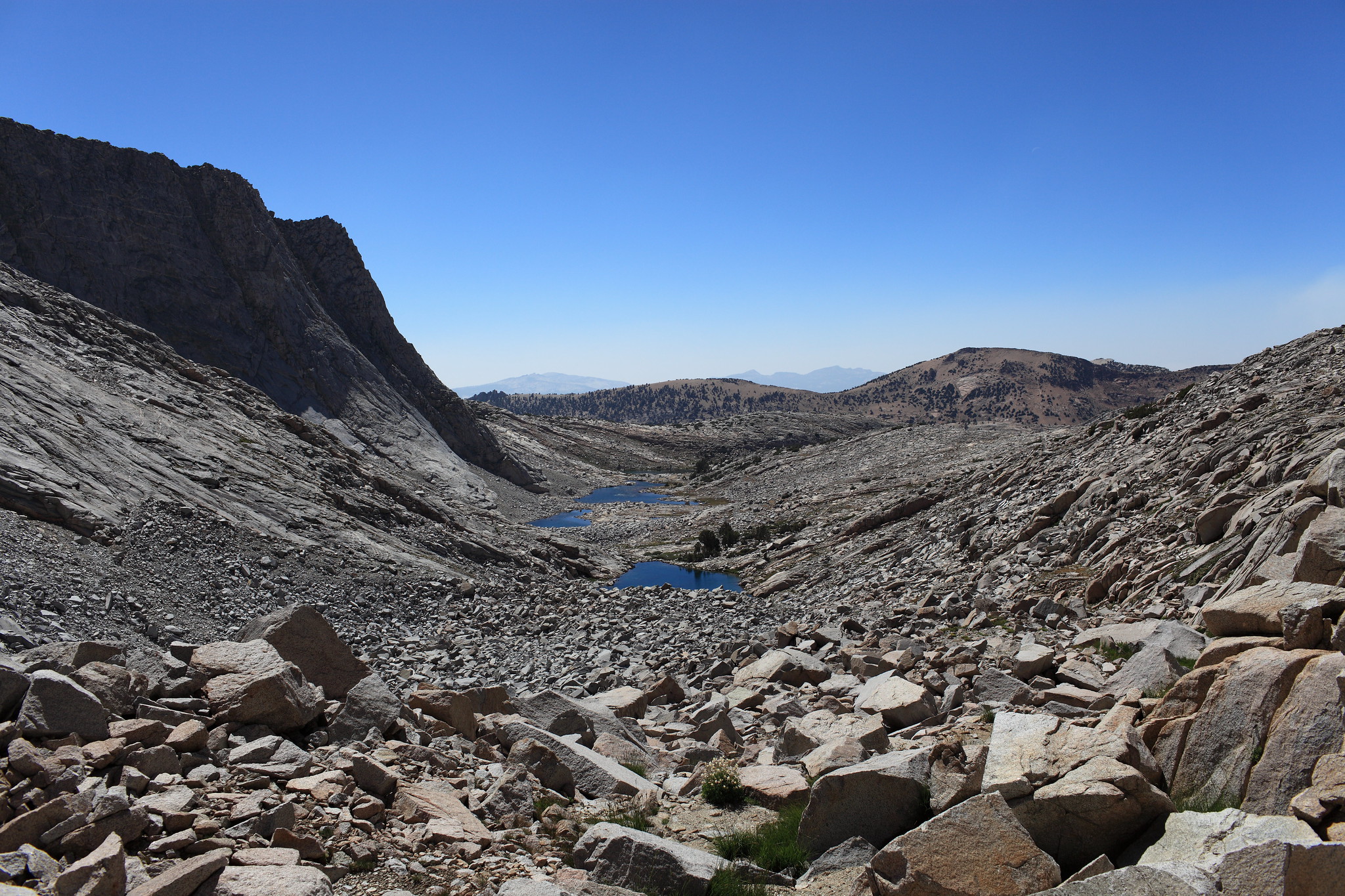 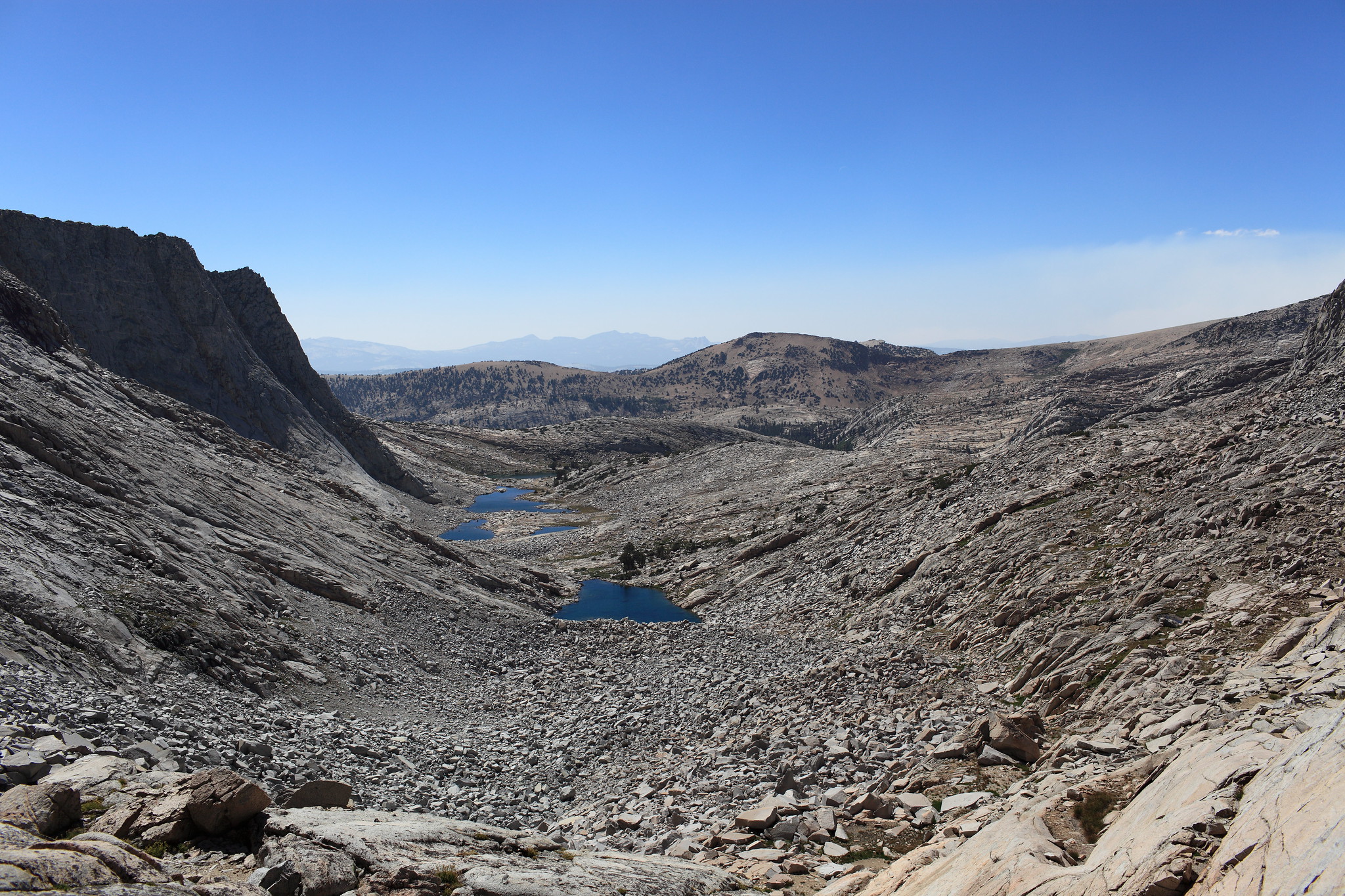 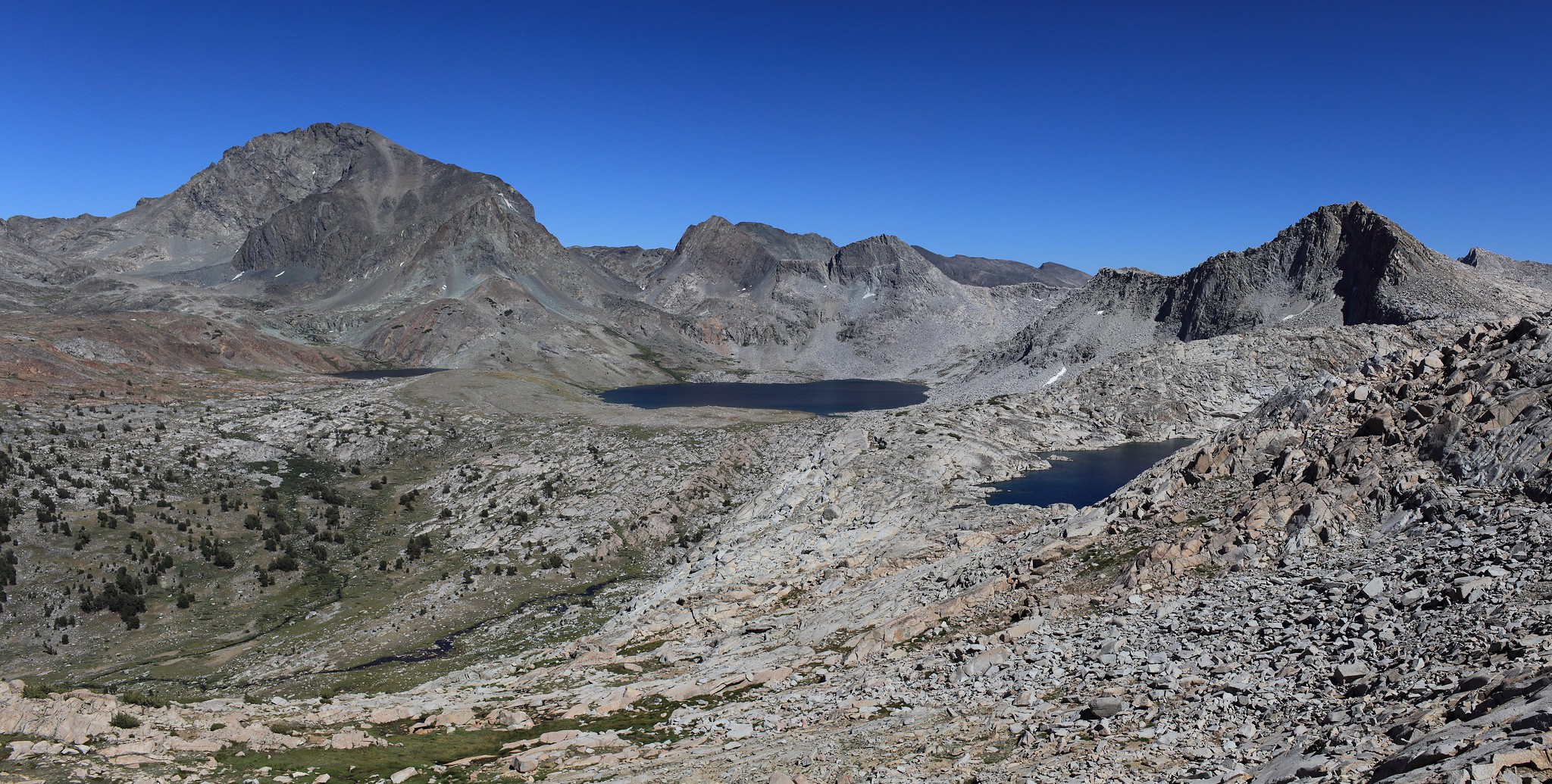 I took a half dozen people over Gunsight Pass east to west in 1980. The top of the east side is lower gradient slabs and turf. We did not continue down because it becomes steeper below and instead went south past Lake Confusion then up along the rib on the east side of that lake and down the less steep lines I describe on the Confusion Pass page that brings one to Martha Lake. The west side of the pass as Rogue describes is more unpleasant if one takes the direct route from the no name lakes below. Until mid summer there is likely to be snow among a lot of talus. Instead there is an easy grassy ramp Rogue seems to have also used that follows for 1/3 mile just below the 11600 contour line on the topo north northeast. Where the contours bend more westward, the contour lines below down to lake 11040+ southwest are less steep and because it faces south will be snow free.

by mike999
Went over east to west this past summer in mid/late August. Because of the hot summer the big snow of winter 2018 was completely gone.

From Rainbow Lake: up the right (looking up) of the inlet stream and Secor's chute gives you easy slabs; we came out maybe 20 or 25 feet over the level of Lake Confusion. Went clockwise - which is the short way - to the other side of the lake. One section is cliify at the water and so we were hoping for a Dumbbell Lake type of slab to walk across but no such luck. Easy up and down, grab water from the outlet at the other end and turn toward the pass. Easy approach and a lot of ways up; our group of four took three different routes up the final steep part: (1) up talus and grass just next to a slab that goes somewhat steeply straight to the top, (2) a LONG walk left then right, and (3) a friction walk up the aforementioned slab.

From the top we walked to the opposite point on the tarn then made our way down mostly sand and slabs next to (not on top of) a rib, which we thought would end cliffy. On the way down we hit one small step where we had to do a very short down climb or we could crab walk through a short keyhole. Shortly after that we hit the talus. Just enough sand to make it relatively quick moving.
All times are UTC-07:00
Page 1 of 1
Powered by phpBB® Forum Software © phpBB Limited
https://www.phpbb.com/